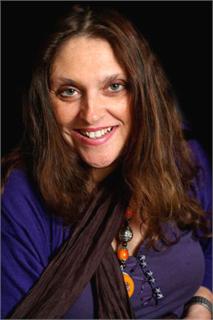 
I'm Surya Cooper and I teach music and yoga, and put on events, workshops and music courses in the Twickenham and Richmond area.

My first career was as a Teacher of the Deaf, and I worked with many children, young people and adults with special needs. I still work occasionally as a communicator for Deaf people.

I am also a qualified music teacher offering lessons in singing, guitar, ukulele and beginners piano in the Richmond & Twickenham area. My method is creative and innovative allowing my students to develop their potential naturally.

I teach the way I wish I had learned, bringing in  theory as it relates to making music, rather than as a separate entity.

I also run a local music group, and  co-run the Wilful Choir, which meets on a regular basis.

I started singing before I could talk and then, when given a guitar at the age of nine, there was no stopping me! I have been writing and performing for over 20 years. I have travelled extensively, experiencing different cultures and music, collecting instruments on the way. I incorporate percussion into many of my workshops and groups.

I trained as a Yoga teacher at the Sivananda Centre in India and ran classes in Twickenham at the ETNA Centre for many years. I underwent several operations and found Yoga, as well as Pilates to be beneficial in my own recovery. I did Restorative Yoga training with Anna Ashby in Sussex, Yoga for ME and more.

I hold a wide range of creative and wellbeing workshops throughout the country with other experienced tutors.

Collaborators
I collaborate with a number of other fantastically talented performers and musicians.

Elaine Samuels
Singer, songwriter and guitar player, Elaine Samuels gigs solo and with her band Kindred Spirit. Elaine has been performing her own songs in clubs, at festivals and even on television since the early 1990s. She progressed from playing solo to other lineups and her electrifying prog folk rock band shows the fullest expression of her own, powerful material; with her own "haunting and beautiful" vocals and rhythm guitar and - from the other band members - harmonies, awesome electric violin, flute and saxophone playing and driving bass and drums. Elaine and I have run workshops up and down the country.
Elaine Samuels website

Off The Record charity support
We are currently supporting Off the Record, which is a counselling service for children and young people in the local area; all the counsellors are volunteers.
Off The Record Website